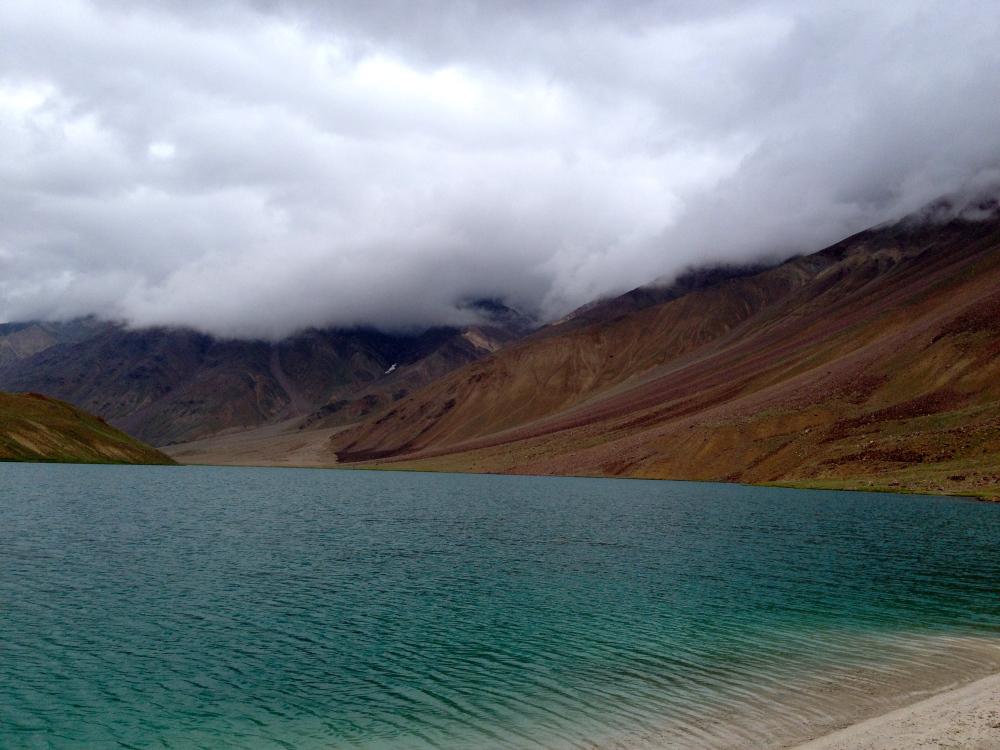 It is exactly two weeks today since I got back from Spiti but I already want to go back! Is it soon, I ask myself? And then I realize, deep down, I never wanted to return. But since that was not possible, I left a large part of me there. That way, in search of that, I will always find ways of going back.

I have had the luxury of being a world traveller since the last 35 years. No place would touch me the way Ladakh did in India, and Kenya, from amongst the ones abroad. Or so I thought. Till I felt Spiti.

Spiti is remote. Spiti is harsh. Spiti is stark. Spiti is beautiful. Spiti is magic. It tears your heart out, it wrenches your gut, it makes you cry but always leaves you wanting for more!

Its beauty has a vibe which makes one almost cry at times; there is an aura and a peace to the prevailing quietitude. I have never felt closer to the powers that look upon us and to myself as I did in Spiti.

You may think, on reading the above, that I spent all the time by myself. On the contrary; but Spiti called out for some moments only with self and I am happy I succumbed to that charm.

Spiti and the tour was all I had ever imagined it to be! It must be after years quite literally that I was on holiday w/o any family member and in a group where I knew no one. The anonymity that comes on such a journey is liberating. I would have liked to do it in 2015 when I turned 50 but I’m glad this worked out when it did because I was meant to do this with WeGoBond and with this wonderful group of people.

Group travel is addictive in its own way and a terrain like Spiti becomes more doable in a group. WeGoBond had an itinerary which left space for flexibility, for a change in plan or extra time. I will not forget how a request by 2 of us from the group to include Chitkul, the last village on the Indo-China border beyond Sangla, Kinnaur was acceded to. It is not often you find tour organisers willing to even listen to on-the-spot requests leave alone trying to make them happen. Or an unscheduled stop because a certain dhaba looked inviting and the fragrance of samosas was too enticing! Not to forget the innumerable photo stops. All of this done with a smile, but without allowing the day’s itinerary and time schedule to get disturbed.

WeGoBond’s research and eye for detail was obvious throughout our 10 day trip. Their professionalism showed in their choice of vehicles, the drivers who navigated the difficult roads (sometimes non-existent) with confidence and patience, in their endeavor to make long, backbreaking road journeys more pleasant by including a specially put together song medley on personalized pen drives and in their choice of accommodation.

Our trip began from Chandigarh on Day 1 where the group converged from different parts of India. It was about an 8 hour drive to Narkanda our first halt for the night with lunch and a tea stop thrown in. Narkanda was cloudy and misty and we glimpsed a beautiful sunset before we headed to our rooms to freshen up and then to bond over a bonfire. We were all meeting as strangers and who knew then that 10 days down the line we would part as thick friends?

Day 2 was one of our longest days in terms of driving hours on really bad stretches of treacherous roads. However, it was also the beginning of fulfilling sights, moving along the River Sutlej, crossing curves and winding roads which brought forth the adrenalin rush. The drive ended in Sangla where we were hosted in tents in the middle of a beautiful apple orchard. We also celebrated the birthday of one of the travellers in the group with much gusto and song.

Day 3: Happiest we were when the tour coordinator announced the possibility of adding a detour to Chitkul, the last village on the Indo-China border. The drive from Sangla to Chitkul was a heavenly one and Chitkul has a beauty which left us mesmerized.. An hour in Chitkul and then we backtracked our way to Karcham from where again we drove along the Sutlej till we reached the confluence of the Sutlej and the Spiti rivers. Changing course to move along Spiti we left the dense wooded forest and verdant greens to move into Spitian landscape of barren mud mountains. Our halt tonight was at Nako in another campsite quite at a height.

Day 4: An early morning village walk to Nako Lake and the monastery and we were off to Tabo, an almost entirely Buddhist village boasting of a monastery built in 900 AD. The monastery has some exquisite paintings and frescoes and is often called the Ajanta of Spiti. Some meditation caves in the hills added to the mystique.

Day 5: Tabo to Kaza was a surreal drive through the Pin Valley. We were lucky that it had opened up. Till a few days prior to our arrival Pin Valley access road had been obstructed by a sudden landslide which had made the region inaccessible for over a month. Pin Valley brought the best of barren mountains and the river interspersed with green fields. A quick visit to the Gwe monastery to see the mummy remains of a Buddhist monk and then we were off to Kibber via Kaza.

Day 6: The evening before at Kibber was one which will remain as my most favorite memory of the trip. High, literally on a high, at 14000+feet we could reach out and touch the clouds or pluck the stars. It was moment of connect with divinity. Kibber itself is a small village laid out in a bowl surrounded by fields and snowcapped peaks. The homestay which hosted us was very inviting as were our hosts. The night was spent on their mud roof in silence with friends and nature. This was also what had been our most dreaded moment ” the dry toilet which was only a hole in the ground”. Suffice to say that hygiene and sanitation conditions in Kibber far surpassed those of the cities!

Day 7: At Kaza, a free day and how lovely it was. To be able to stop and stare, to be able to stand and breathe, to not get into a car. This break was very welcome and again it was very thoughtful on the part of WeGoBond to have factored this in. Hotel Deyzor, our home in Kaza, was paradise and deserves a post by itself.

Day 8: It was time to bid goodbye to Kaza and Spiti and make our way towards Kunzum Pass and Chandratal Lake. Today’s and the following days drives were to be breathtakingly spectacular but back breaking. Long drives of 10 hours at high altitudes. It was only the music, the extraordinary views and our own laughter which saw us through. The night was spent camping at a site about 2kms away from Chandratal Lake. The lake did not offer us its best views as it was cloudy and had begun to rain because of which we got only about half an hour in all. A little bit of an anti-climax for one of the high points of the trip.

Day 9: Chandratal to Manali was on a road which was non-existent, full of overflowing nallahs, rocks and stones and jerks. It is a wonder we arrived in Manali a good 10-11 hours later in one piece. However, Baikunth Resorts and a good hot shower energized us once more as we took off for a farewell dinner, tinged with bittersweet sadness.

Day 10: Yes, it was time to go home laden with precious memories, and new friendships. A long drive through Kullu Valley along the Beas brought us to Chandigarh and we boarded the Shatabdi yet again . It was not an adieu bit only an au revoir, till we meet again.